Every year I try to make a reading challenge, and this year I decided to try and read a comic book run starting with each letter.  In doing so I figured I’d post it and try and get advice from people. 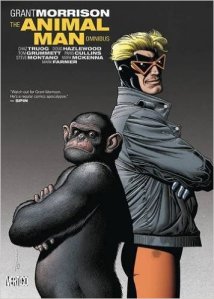 A – Animal Man Omnibus by Grant Morrison.  If you haven’t read this, and like the C list super heroes this is a great run.  This is one of those books I saw a lot of recommendation on the comic book subreddit and bought it when Barnes and Nobles had a big sale.  Grant Morrison is one of the bests and this is one of his first runs on comics.  This story is great and the ending really brings it to a nice complete close.

B – Batman: The Return of Bruce Wayne By Grant Morrison – Batman is without a doubt my favorite hero, so I wanted to read something different for him.  I went to the library and saw this and thought it was such a great idea.  While the ending lacked a bit, the ride to get there was great, and much different than anything I’ve read about Batman.  I would think this is a great read for Batman Fans!

C – Cloak and Dagger Crime and Punishment –  An origin story for Cloak and Dagger taken mostly from older Spiderman comics, you get to see many other heroes from Punisher, Black Cat, and The New Mutants.  If you want to get into some of the more street level Marvel heroes, this is a great book for that.

D –  Doom Patrol Book 2 – By Grant Morrison. I read book one last year and had both book two and three waiting to be read.  I forgot how much I loved these characters and Morrison as always is great at almost anything he touches.  For those who don’t know Doom Patrol is a group of D List heroes, who take over the weird problems in the DC Universe.  You get new characters like Flex Mentallo and Danny the Street, and also some new bad guys.  If you haven’t checked out Morrison’s run on Doom Patrol go check out book 1, and if you don’t want to get too involved check out volume 1.

E – Essex County by Jeff Lemire.  If you have not read Jeff Lemire, you are missing out for sure.  This book is one of his first books and he does both art and writing on it. This is a great story of love, loss and loneliness.  It’s broken up into three main stories, which all come full circle to each other.

F – Fun Home – By Alison Bechdel.  A nonfiction book on a family with plenty of problems and a memoir of a young girl coming to age with a family of dysfunction.  This is a book kind of out of my wheel house, but I enjoyed getting something different then I would normally read. 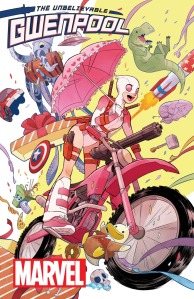 G – Gwenpool, the Unbelievable, Vol. 1: Believe It By Christopher Hasting – This is a book that makes me feel a lot older and angrier than I really should be.  I don’t know much about Gwenpool, but got this in my December Comic Bento and decided to give it a read.  She seems to be a hero that was created because Deadpool is making money, and so are female characters, lets throw em together and make this.  I don’t think she has any actual powers besides being a comic book fan.  While I can see how some people would like this, this book is not for me.

H – Head Lopper – A warrior who carries around a witches head?  Hell Yeah!  This book is pretty light and fun adventure.  This was one of the monthly book at one of my local comic book shops (Vault of Midnight),  and I’m glad I picked it up.  A bit different then what I normally read, but still a ton of fun. 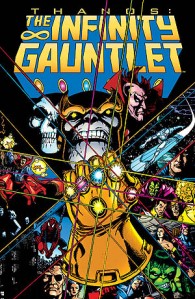 I – Infinity Gauntlet – Marvel had a Comixology sale, that I picked this up as one of the biggest Marvel stories.  I figured in getting ready for the new Avengers movie, I would give this a read. As one of my first experiences with Thanos, this was a great book and highly recommended before watching Infinity Wars.  It’s also pretty great way to learn more about the characters in the Marvel universe as this has a ton of people in it.

J – Joe The Barbarian – A stand alone Grant Morrison book about a boy with type one diabetes who is going on an adventure while going through a hypoglycemic hallucination.  Both the story and art on this book are fantastic, and it deals with a lot of issues including bullying, loss, on top of being at low blood sugar rates.  If you like fantasy, and nice stand alone stories, This is a great book.

K – Kingdom Come – By Mark Waid.   Picture a world where godlike the heroes we know and love from DC have all retired, and hiding.   Kingdom Come is an elsewhere DC story which this is happening, but to save the world they need to get them back.  While it was a slow start, I know understand why this book is given the acclaim that it is.

L – Locke and Key Vol 1-6 by Joe Hill, Art by Gabriel Rodríguez – A great story, I started it on Comixoligy Unlimited and finished it by checking them out from the Library.  It has some lulls in it, but I think Brian K Vaughan summed it up the best(I think in Vol 3 intro) when he was talking about how invested you get with these characters.  Some brilliant writing and Art, and anyone who loves comics needs to check this out.

M – My Favorite Thing is Monsters – By Emil Ferris.  This is Ferris’ first run at making a graphic novel and it hits it out of the park.  My Favorite Thing is Monsters follows Karen Reyes, a ten year old girl who loves monsters, as she deals with the death of a neighbor.  The book is beautiful, and needs to be read in physical form to grasp the greatness of this book.

N – Nimona – By Noelle Stevenson.  This is great book and would I would recommend for younger readers also.  I picked it up on a whim and it was a lot different then I figured.  Rather than following the hero Nimona is a “bad guy” for all intensive purposes.  A fun light read!

O – The Omega Men –  By Tom King.  I normally am not a huge fan of the Green Lantern and big space books, but I loved this.  Tom King has a way of writing that just hits me.  While I know there is some debate on him as a writer, I think this is a must green for fans of Tom King.

P- Plague Doktor –  By David M. Brown.  A tale set in the age of the black plague of the one good plague doktor working in a profession of conmen and swindlers.  A very good indie comic. 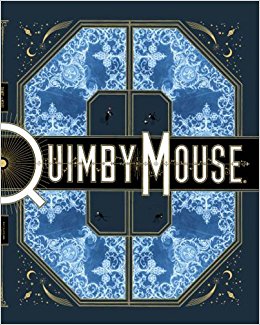 Q – Quimby the Mouse – By Chris Ware and published by Fantagraphics.  This book follows Quimby a depressed mouse in a somewhat silent movie type book, but also will have dialog that doesn’t fit the story.  Pros are also in this book with stories about the authors late grandmother. 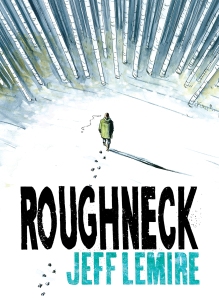 R – Roughneck – By jeff Lemire.  Jeff Lemire has a great way of writing and putting together a great story and Roughneck is just that.  This book follows the life of a hockey bruiser after he is no longer in the NHL.  While it was a much needed position it shows that it’s not as glamorous and it should be.

S – Space Riders – By Fabian Rangel.  Space Riders is a follows Jack Kirbys big world space adventures.  The colors and art are very bold and different.  As I mentioned in the Omega Men, I’m not a huge space fan, but picked this up at the Vault of Midnight as the book of the month and enjoyed the in your face journey. 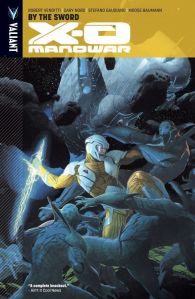 Z – Z-Men All The Presidents Men

This will be an ongoing thread getting updated as I get more progress, but I am also looking for ideas and suggestions.  Please reach out on Facebook, Twitter, commenting here or E-mail with any suggestions.

One thought on “2017 Alphabet Challange”